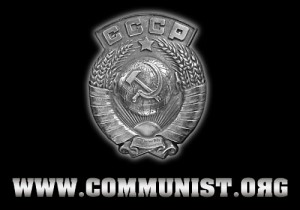 Click Mike’s picture to find out why we think so.

This is in the same line as Woody but They have all taken it a step further.  Lange actually said that she was embarrassed to be an American.  Hey if you don’t like it here MOVE.  Go to Canada, reside in China.  I don’t care just shut the hell up.  You have to love the thread that Babs got caught up in.  PULEEZE!!!!  As for Spacey, he wrote speeches for the Dems and said that we were being led down a path…

Ya Know, this is my question, and unfortunately my forum is not that wide but WHERE WERE THESE PEOPLE talking about embarrassment and paths of destruction when Clinton was dropping his drawers at the White House and lying to Congress?

Who does this guy think he is?  How do you side with this WHAM freak?  Then to criticize Prez Bush and the fight against terrorism while we have boys fighting for our freedom in far off desolate areas.  Here is an invitation to go live in those countries, Woody, and take Rosey and Alec with you.  These celebrities are all talk.  Woody’s fledgling career needs a pick-me-up and this is how he does it?

In case your wondering here is a link to the news article:  WOODY

She has been likened to Jane Fonda for jumping up and down against the US.  I wouldn’t go that far because you have to have a special contempt for Fonda.  But still these actions are nothing short of traitorous.  Take your American kids, your American riches and Take Off, eh! to the great white north.

OHH, I DON’T WANNA HEAR IT…she’s only 15…fine than she can share this award with her parents.  This kid is from LI?  I understand it’s a free country and all but it sickens me to see her turn her back on the place where she grew up.  has she made one prominent appearance on LI, or are we don’t rate with MSG or NYSE.  Congrats on this months COMMY.