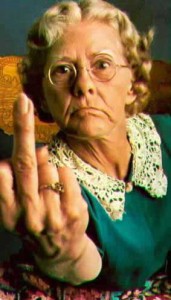 One of my main reasons for making this site is to
show the disgrace of the NY Rangers organization and their Anti-Sportsmanship
ways.  Their logic defies reason as all they do is throw good money away on
has been star players.  How many years will it take for them to realize
that signing every top ranked player does not a team make.  We here at
NYRS.com have talked to some insiders about the goings on in the Rag
organization and when you have the likes of Messier, Gretzky, and Lindros tell a
coach they are taking the day off from practice does not build for strong
cohesive team.

You have to laugh at this team, the highest
salary in the league for years on end with no playoff appearances for years on
end.  I fear that they may make the playoffs this year only in the spirit
that a blind squirrel will find an acorn every once in a while.

The reasons why the Rangers are
chicken shit.

Some time ago We went to www.newyorkrangers.com,
click on the FAN ZONE link on the left, and then connected to the Bulletin
Board.

We know some of the “CrackHeads”
have executed a major frontal assault on their new site.  We however in our
role as “HEAD CrackHEAD” never went over there and spammed or flamed
any one.

We then decided in the true spirit of
sportsmanship and rivalry to present myself to their board.  We had posted
the 7 or so posts that were published before our posting privileges were revoked.

You will see that we presented our self
in a professional and civil manner, yet was attacked right off the bat.  We
additionally presented ourself so that it did not appear as if We were hiding
out.  The initial 3 responses were negative.  But, nitebreed@yahoo.com
started towards what had the potential to be a decent inter-rivalry discussion.

Shame on NYR.com.  Like we posted in the site.  When faced with a viable challenge, the rag$ pukes
wont “drop their gloves”.

The message that starts off Mr. Zlata,
which wasn’t allowed to be posted read as follows:

This is exactly the reason why my site has been a success.
When presented a challenge. A legitimate challenge. The rangers fans have to always result to name calling.
If I am correct this BB is for every one, so the name calling should stop….
I will ignore posts like zlata from now on.
NITEBREED: Yes I agree. As an Isles fan, it was awesome, the way that, played out.
I tried to explain something on my website, www.crackheadtheo.com (unsolicited plug). That is a guy like Berard, as a human, and a person, I wish him the best and hope he is well. But as a soldier and warrior on the ice, for the opposing team, and in the role as D-man for the rangers, I want him to get taken out. It’s a strange concept but I think its the same reason why we watch car races and
WWF.
To further illistrate this point, you may not have liked Bill Clinton the man, but as the position of President, you had to respect the office he held. Not what he did with it, but the OFFICE OF THE PRESIDENT.

Does that make sense?