Editor’s note: This is by far Captain Crackhead’s best work. I was in tears reading this when he first sent it to me. Please if you enjoy his contributions, email him by clicking on the email text link above.
Also, there are several ‘hidden’ links. Find them, click them, have fun!!! 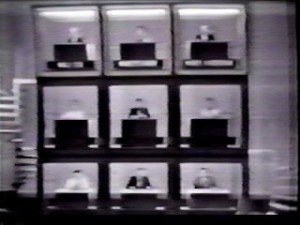 A faithful reader submitted a suggestion that he would like to see a story about Crackhead Theo (CHT) involved with other celebs in REHAB – and I thought it was the basis of a good idea ( THANKS FOR WRITING TO ME) – and I had a vision of CHT on Hollywood Squares- so let’s merge the ideas: Now on to the show —

Kenny Williams: Ladies and gentlemen, today, one of these stars is sitting The Secret Square, and the contestant who picks it first could win a prize package worth over $2000…and now which star is it? (drumroll with brass note before each star’s name)

From the Pittsburgh Penquins – Kevin Stevens !

From the billboard charts – Whitney Houston !

From the world of baseball – Doc Gooden !

From Tv and Hollywood – CHARLIE SHEEN

From the world of music – COURTNEY LOVE

and in the CENTER SQUARE – from the New York Ranger$ — CRACKHEAD THEO !! 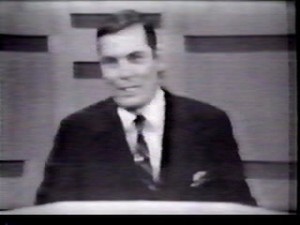 …….Peter Marshall (click on Peter to hear the game rules) 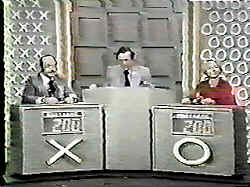 Peter: We have two guests today – from the town of CRACKerJack, Pennsylvania – welcome the ‘O’ square – Mary Jones !

And from Snowy Mount, Montana welcome Bob Crackus as the ‘X’ square !

CHT – Well – Its about freakin’ time someone picked me !

Peter Marshall: CHT !!! How goes it? Nice Olympics for you – can we see your gold medal?

CHT – NO. You are all out to get me. You think I am going to show YOU my Gold Medal? Is your name Gretzky? I didn’t think so – kiss my ass!

Love – I will F**k you up Crackhead

CHT – Promises Promises ! – Now what is the question

Peter – HE’s right ! It is Plumbers Crack. Circle gets the center square.

Mary – I will take Darryl Strawberry

Peter: Darryl ! How goes it

CHT – Any tougher than I had it when McCreary called me for Boarding against the Lightning? I wasn’t anywhere near the guy. Then that prick refs the game the next night vs. Florida and penalizes me for bumping Luongo. I never touched him. Just like that call against me in the Olympics when I used Hasek like a cheap sleeping bag. So don’t tell me about having problems down in Florida – not like Me !

Doc – Shut Up CHT – Darryl and I are always in jail, in rehab or paying some lawyer down in Florida – you are hardly ever there

Peter – Can we get back to the show now?

Kevin Stevens: Shove it up your nose – like that crack we did on the bus in Pittsburgh that game you quit on your team?

Straw: Peter- did you give me the question yet?

Whitney Houston – He did not ask you

CHT – Screw you bi**h. Listen – how does a world class singer/actress like you wind up with a ghetto kid for a husband?

Courtney – Shut up CHT – or I will come down

Straw – OK – my answer is this – Jimmy Pops Corn

Bob – Can I have Robert Downey Jr.

Peter – Hello Robert. What next acting opportunity are you throwing down the drain this time

Robert – Well – I was going back to Ally McBeal – but Steven Soderburgh called…..and I am mulling over this part – I don’t know if I am going to get it

CHT – Robert ! My Man ! Come to my Rehab center in New Mexico. If Gretzky can find me there – any major motion picture director can find you there too!

Kevin Stevens- Can the Ranger$ find me there too for a 2 year deal worth 6 million per?

Peter – Robert – here is your question

Robert – FINE – just give me a crack at it

Robert – I will vote with my rehab buddy CHT – CRACK !

Bob the contestant – I disagree

Peter – CRACKLE. X gets the square

Peter: not quite CHT……. X gets the square. Now to Mary

Mary the contestant – Winona Ryder for the block

Peter – Hi Winona – how are things?

Winona – Picking up for me Peter, thanks

Winona – Whatever do you mean CHT?

CHT – I mean what have you stolen lately? Prada shoes?

Darryl – I stole bases for many years. When I would get a hit, if there was a free base I would steal it.

CHT : Shut up you fool ! I free-base all the time.

Winona – I have a new boyfriend –

CHT – What a lame ass bitch you are!

Kevin Stevens : Winona – which Bill? There are a couple of them

From the studio audience – a man blows a whistle

Peter: Who is that

Winona – Its my Bill ! Bill McCreary

McCreary – OK Crackhead – that is 5 mins for intent to injure character- 2 mins.. unsportmanlike conduct and a Game Misconduct !

McCreary – Off to the penalty square Crackhead

Peter: Wait a minute Bill – This is not the NHL

CHT – leaves to come down and jumps McCreary ” I won’t fight any players – but I will fight Refs !”

A whole melee involves – but out from the ceiling – its SJ SHARKIE !

CHT: I pissing in my pants. Everyone is out to get me. I’m leaving.

Peter: But the game isn’t even over yet Crackhead…….

Hope you like this installment of the CRACK DEN